Timber in the Coffs Harbour Region 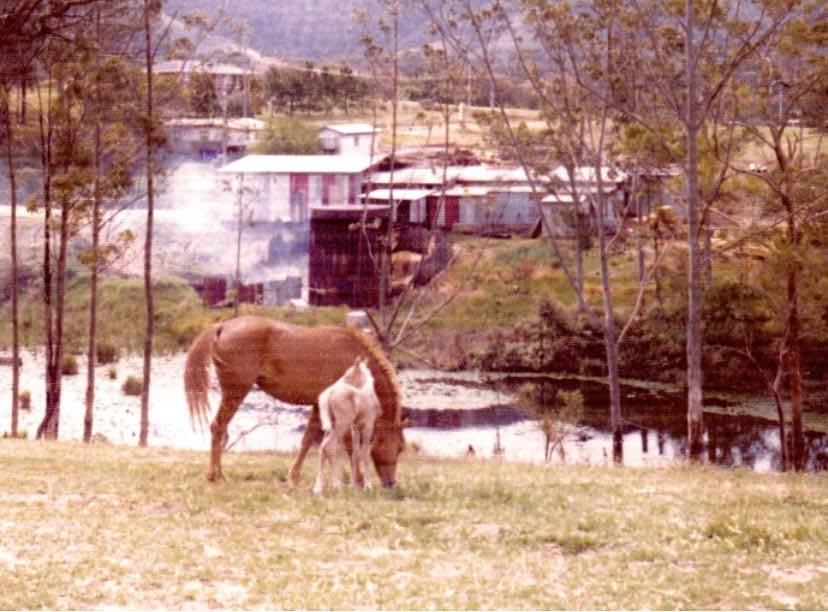 In 1850 the “port” was first discovered by John Korff.

Korff realised the potential of this fine stretch of water, which he named Korff’s Creek, and also the very splendid natural bay to the north of Mutton Bird Island in close proximity to the outlet to the Creek. He used both the Creek and the “harbour“ as a refuge for his ships during any rough weather. The Creek was at that time a very wide and deeply flowing stream and boats could use it to travel upstream for a considerable distance, unlike today.

A similar location at Korora, north of Caps Rock, was used to anchor sailing vessels so that timber could be floated down Pine Brush Creek out into the ocean and loaded on board. The region had abundant red cedar trees and the timber was much sort after for cabinet making. Logs being a softwood floated easily and were lighter to load onto the sailing ships.

John Korff regarded the harbour as his own and maintained its upkeep for the cedar-getters until his death in 1870. Other cedar-getters carried on until the region was depleted of cedar trees.

The Coffs Harbour region had large forests of huge hardwood trees. The loading facilities in those days at the port of Coff’s Harbour were very crude,  however, they were better than Korora.

During the years 1880 to 1890, the various sailing ships which came to Korff’s Harbour anchored behind Mutton Bird Island. The many settlers used wagons to haul the giant hardwood logs down to the beach where they were unloaded, to be washed out to sea by the outgoing tide, or to be dragged out by bullocks or men in boats to the waiting vessel.

Thus, in the year 1890, after much consultation among the leaders of the town and Government at the time, the construction of the Jetty began. 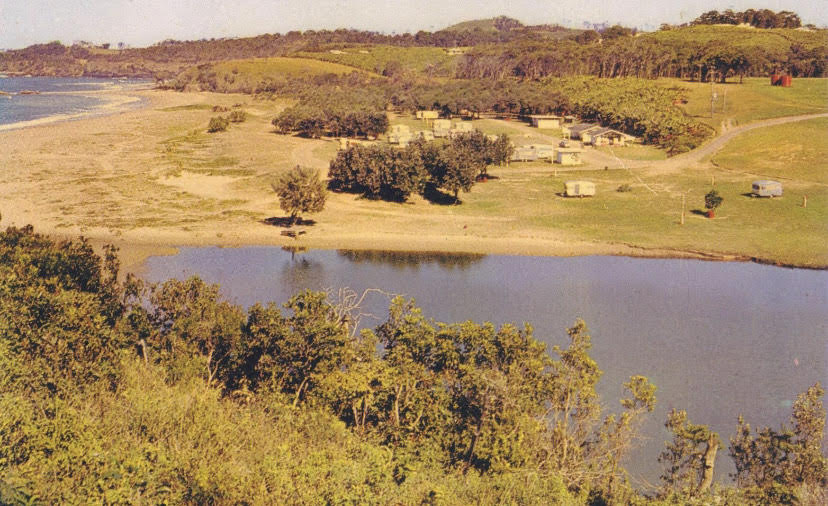 Overlooking Pine Brush Creek from the north side 1970 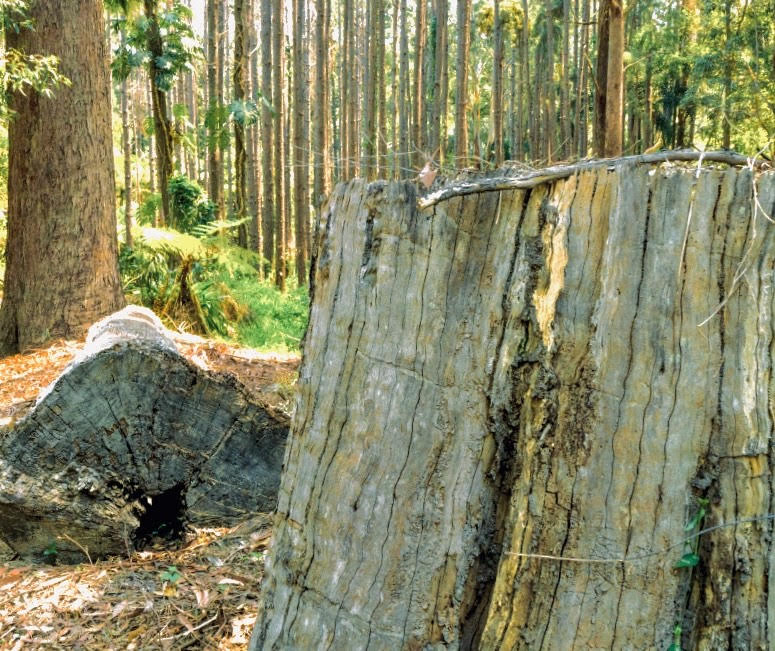 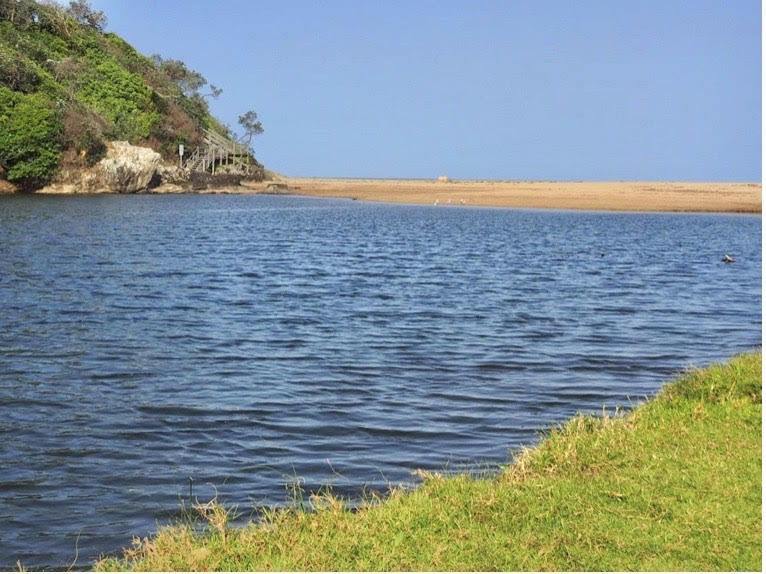 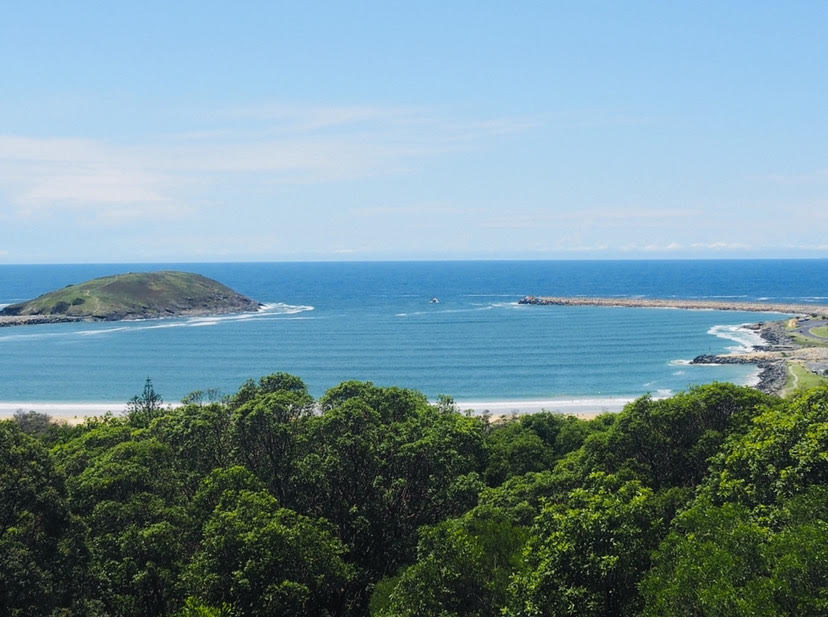 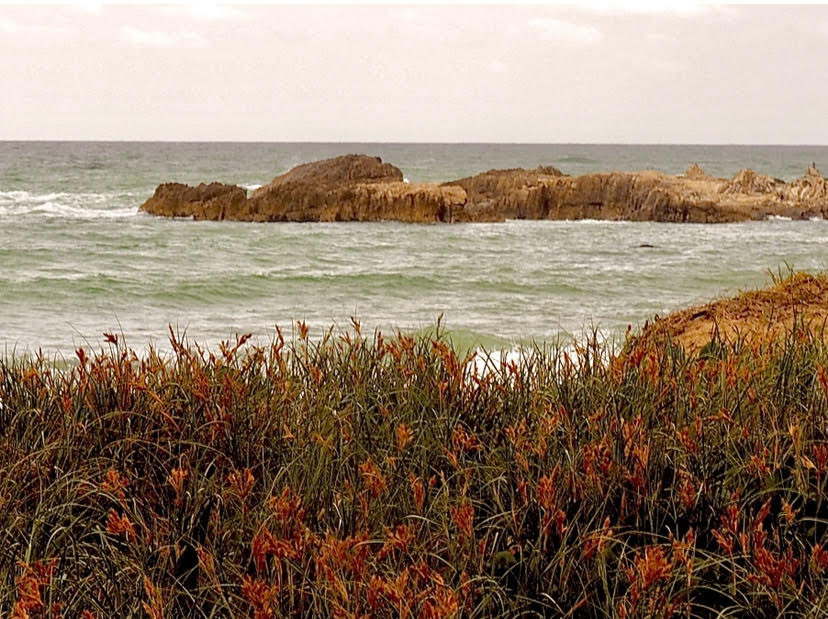 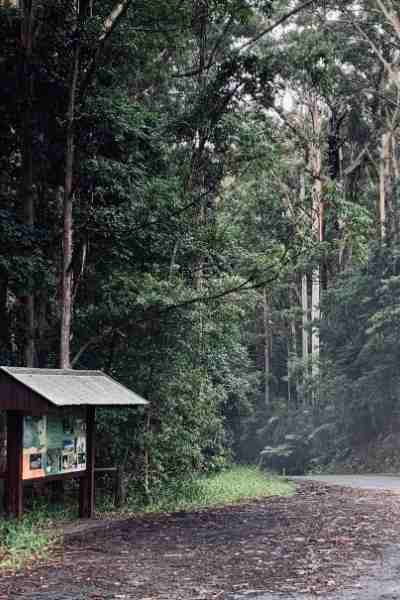 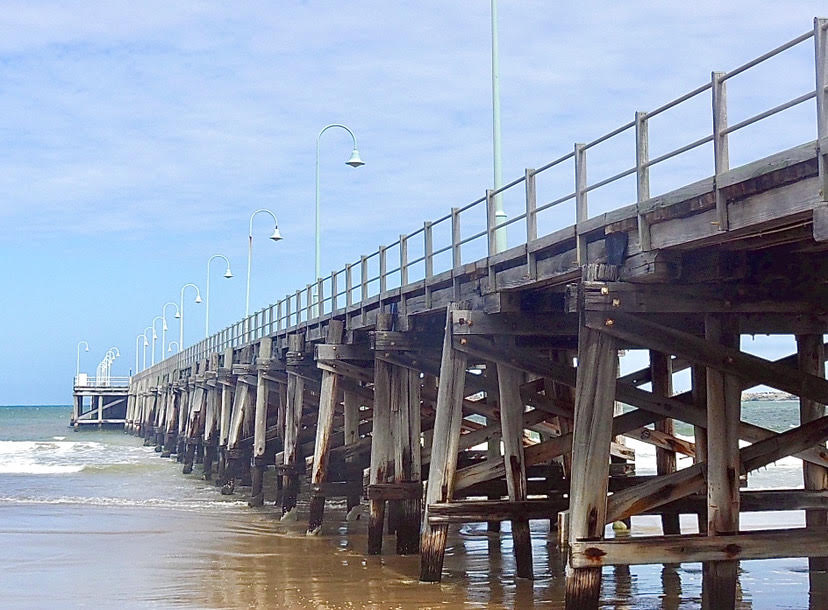